I wanted to be a ballerina, but that was never going to happen because: (a) I was a klutz, and (b) lessons cost money we didn’t have. My second choice was to be a writer, which only involved pens and paper and many, many trips to the library. I’ve been writing stories since I was in second grade, when I realized – from visiting the library – that someone had to write all the books I consumed. Why couldn’t it be me? (In real life, I worked as a legal assistant for 30 years, but that gave me access to office supplies and a computer, and I wrote a lot during my breaks and at lunch).

2. At what point do you think someone should call themselves a writer?

I think anyone who writes is a writer. I’ve never been particularly fond of the word “author,” but I use it now that I’m published. That’s probably the only distinction for me: a writer writes, an author is a writer who has been published, whether traditional or indie.

3. Do you prefer ebooks, printed books, or audiobooks most of the time?

I resisted getting a Kindle for the longest time – I was sure I would hate it, and it didn’t seem like I was reading that much anyway. Then I borrowed one for a weekend away, discovered that I could enlarge the font size, and realized it wasn’t that I wasn’t reading much, it was that reading was exhausting and gave me eyestrain. I have really bad vision, so anything that can decrease eyestrain is a good thing.

I love the idea of audiobooks, but my mind wanders if I’m just listening. This makes it difficult for me to produce my books in audio, because I just don’t prioritize them the way I do print/ebooks. But I’m working on it. And them.

4. How do you process and deal with negative book reviews?

I admit to letting them bother me a little, but I have a rule that I can only wallow in negativity for a specific period, and then I have to go and do something useful. Once it’s been on the back burner for a while, it’s not as hurtful or as important. And a negative review is either from a troll – and you can’t do anything about trolls – or it’s simply someone who isn’t your intended reader, and you can’t do much about that, either.

5. How long did it take you to write this book?

Coming Apart started as an idea in early 2019, once I’d finished Songbird and submitted it to my then-publisher. I started writing, but realized it was more practical to write the second book in my existing series and put it aside until 2021. It probably took me about 8 months, but it’s been finished and hanging around for a while because I have a schedule that I’m trying to stick to. Each book takes me less time than the previous one, at least to write. Research can take a while, but I can often do that while I’m working on a different project and then have those facts in my head when I’m ready to start.

6. If you could meet your characters, what would you say to them?

I’d probably start by apologizing for all the terrible things I’ve put them through, and then ask if they’re happy. If they don’t start chasing me around the room, I’d pour them a drink.

7. What are common traps for new authors?

So many. People who want money to publish your book. (Never pay to publish; you’re supposed to be the one making money). Editors who know how much you don’t know. (Ask for a sample edit, to see what you get for your money). If an offer sounds too good to be true, it probably is. See what they’re getting from it vs what you’re getting. This makes it sound like the world is out to take advantage, and that’s not the case. The writing community is huge and supportive. Find some writers who will answer questions – the #writingcommunity hashtag on Twitter is helpful – and don’t go it alone.

8. What comes first for you — the plot or the characters — and why?

A bit of each – the situation comes first, what will end up being the inciting incident. Then I have to decide, who would it be most interesting for this thing to happen to? In Songbird, the inciting incident was based on fact – that Henry VIII bought children to sing in the royal choir – and I wondered what it would be like to be that child, how her life would change, and Bess was born. A Wider World and Lady, in Waiting both stem from that first book, so they were more character-based. For Coming Apart, I was going to sleep one night and I started thinking about a woman receiving a letter from her sister, asking her to give her a baby. That made me sit up in bed and write it down. The next day, I started thinking about the sisters.

9. What do the words “writer’s block” mean to you?

It means something has gone wrong. I don’t believe in a “block” in the way it’s spoken about most of the time; for me, it’s usually that my plot or characters have gone sideways and I can’t see a way forward. I go back to the last place where I was happy with the work, read it over, and walk away for a while and let it percolate. Since there’s a lot of moving pieces to being self-published, I won’t walk away from writing entirely, but I’ll go make marketing graphics or schedule social media posts or research my next project. The problem will be working away in the back of my head and within a day or two, sometimes less if I take a long walk, I’ll know what needs fixing.

10. What would you say to an author who wanted to design their own cover?

Are you a graphic designer? Do you have experience specifically designing book covers? I’m not saying you can’t do it, but should you? My question to myself, when I think I can do something I probably shouldn’t, is, “Would I be better off writing?” There are a lot of relatively inexpensive cover designers out there who will work with you and give you a good result. 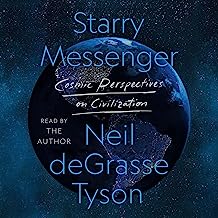 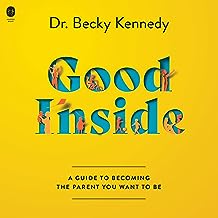 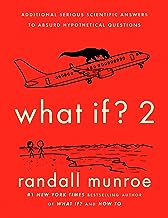 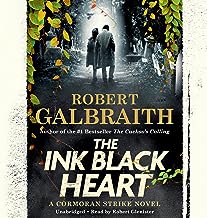